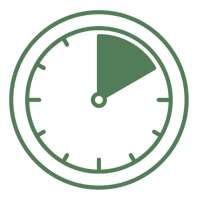 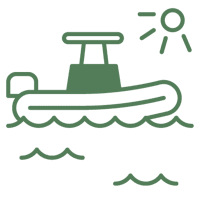 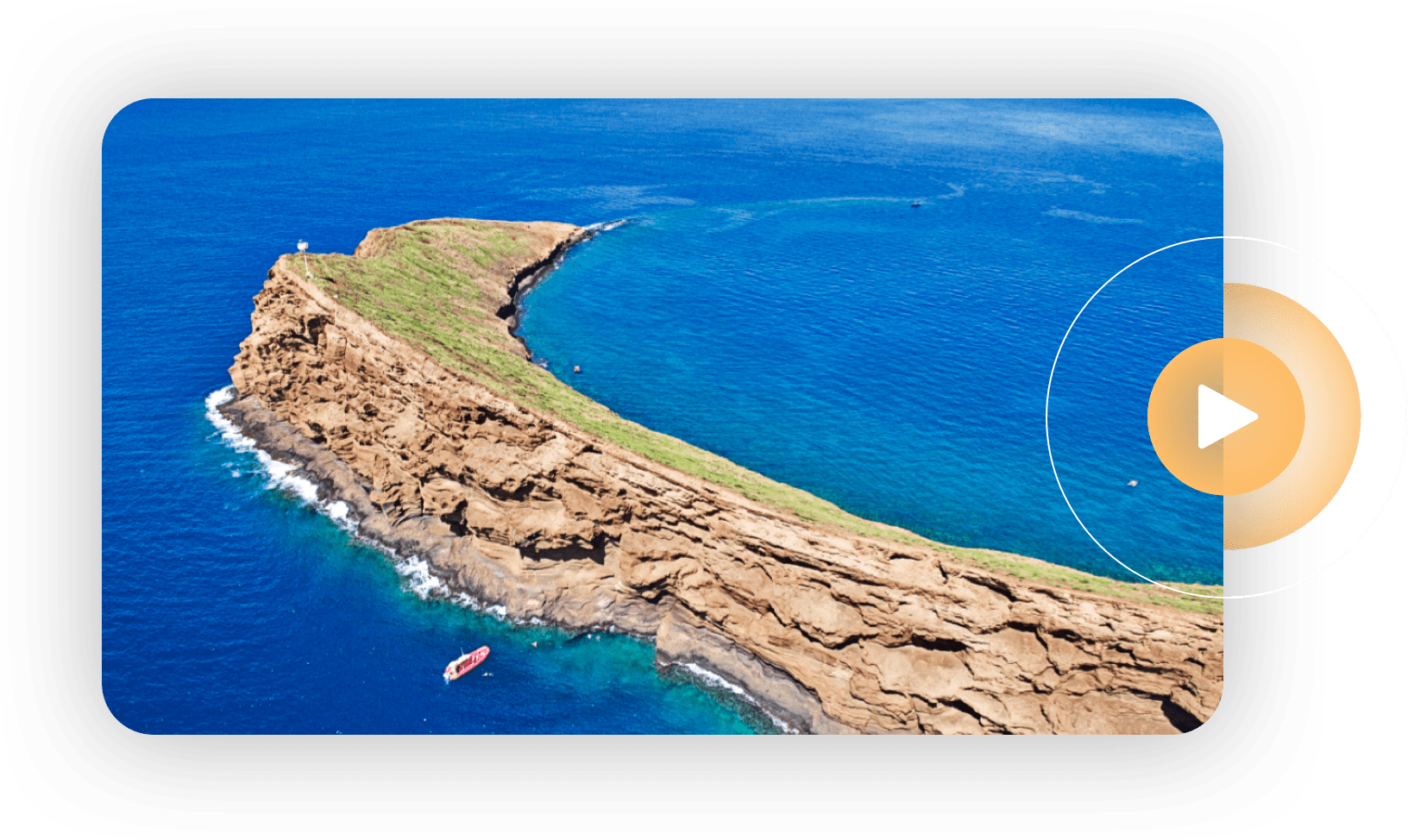 Itinerary
Start your tour at the Kihei boat ramp where you’ll check in with the captain, fill out a liability waiver, and get fitted for snorkel gear. You’ll walk down the dock and board the boat from the side. Depending on the tide, you may have to step up or down a foot or more to board the vessel.

All passengers sit on the tubes with the front of the boat being more adventurous, and the back of the boat is a bit smoother ride. A safety briefing from the captain and you’re on your way to Molokini crater. Arrive 15 minutes later and after a snorkel briefing, you’re off to view the crystal clear waters where visibility often exceeds 180ft. After snorkeling Molokini, take a scenic drive past Makena and Wailea toward the Kihei boat ramp where your trip concludes.

We guarantee you visit Molokini or we will give you a full refund, no questions asked.

You didn’t come all this way to snorkel an alternate site. We challenge you to find another company that will give you this same guarantee.

The trip is perfect for…

We are happy to provide

Molokini Crater is a Hawaii State Seabird Sanctuary and Marine Life Conservation District. Its protected status has allowed marine life and seabirds to thrive. It is home to hundreds of species including:

And more! Many of which are endemic to the Hawaiian Islands. Moray eels, red pencil urchins, and small whitetip reef sharks sightings are possible in the area. As long as we respect their space, you will find that the marine life is quite comfortable around humans going about their busy ocean lives! The friendly nature of the sea life that resides here creates a unique opportunity for you to take a plethora of unforgettable underwater photos!

Molokini’s history is as rich as the life that surrounds it. Located in the ʻAlalākeiki Channel between the islands of Maui and Kahoolawe, the protruding crescent-shape crater is the top of a sunken volcano that erupted over 230,000 years ago. Molokini spans 18 miles in length, rising 160 feet above the oceanʻs surface, and its sheer cliffs plunge 300 feet down to the ocean floor.

According to archaeologists, early settlers to Hawaii used to visit Molokini to fish; they also hunted seabirds and gathered their eggs and feathers. From the 1950s through the 1970s, it was a location where the commercial harvesting of black coral. After the attack on Pearl Harbor, Molokini was used for bombing practice by the U.S. and its allies; however, after years of protest and lobbying, the crater and its surrounding 77 acres are now deemed as a Marine Life Conservation District and Bird Sanctuary. The entire area is federally protected, so marine life from the area cannot be fed, caught, or removed.

Tour boat operators are not allowed to drop anchor; instead, having a fixed mooring point to protect the coral reef allocated to them. Additionally, as a part of the regulations, fishing and removal of specimens or feeding fish are prohibited.

We abide, honor, recognize and respect Molokiniʻs history, and the current protocols created to protect this remarkable and sensitive habitat.